You are in: Home > Popcorn Theater 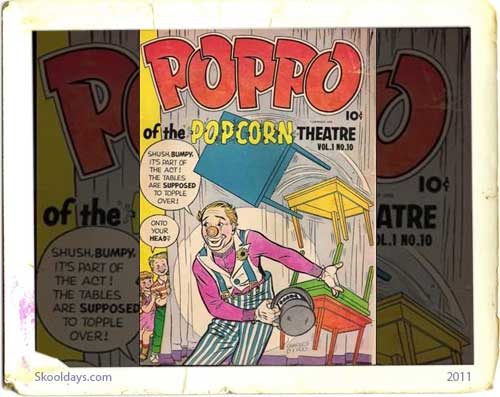 Popcorn Theater with Poppo the Clown

The program had a moderate ammount of success and a series of comic books were merchandized and published by a local comic book company.

The series did well..but..it didn’t become a big hit and the station execs at Ch.7 closed down “Popcorn Theater”following the saturday December 1,1956 broadcast.