You are in: Home > Shariland

Prior to the cancellation of “Shari & Her Friends” Ms.Shari Lewis was hired by an independent tv producer to create,produce and present a filmed children’s tv series. 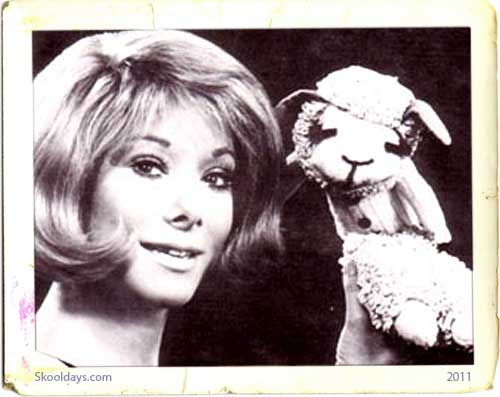 Again set against the backdrop of a fantasy relm…”Shariland” would have Ms.Lewis entertain and inform her viewers. While trying to surpress the antics of her puppets.

“Shariland”was seen saturday evenings on WPIX TV Ch.11 in NYC and in national syndication from Saturday October 13,1956 to Saturday December 22,1956.