You are in: Home > Starfighter Jet Car

The Starfighter Jet Car was an awesome Corgi car released in the early 70sFor use in the plaground it was superbFor use in the home – Mum’s loved it as it had a rubber nose that absorb all shocks without chipping the skirting board paint.Any one else remember this classic corgi car ? Apparently this was withdrawn in 1977. speculation on the web on what it actually is meant to be a jet fighter engine then put it on wheels to make a drag racer and name it something spacey like “starfighter”. Works for me… 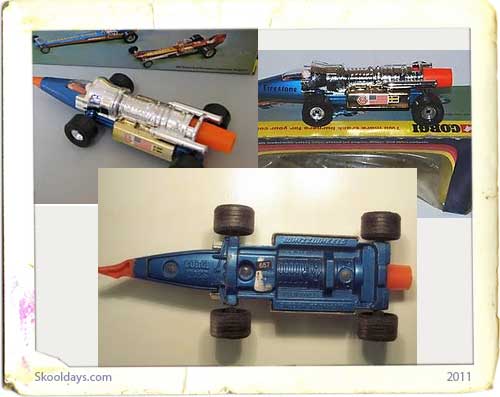