You are in: Home > Waddingtons Table Soccer

A poor mans Subbuteo, but it was great while all the players were intact, not long after getting my set, my dad managed to tread on 2 of the players and snap them
In those days we never had super glue – just some U-Hu glue (Bogies stick better)
What was even worse is they were both of the same side so it want even like it was fair for the blue team! 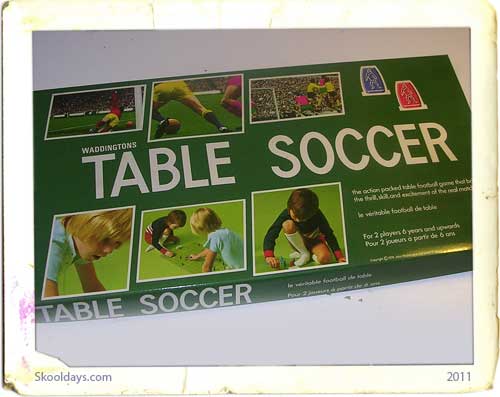 A dexterity game of soccer. Later released again by Waddingtons in a more updated version with figures of players on flat bases.

1970s Waddingtons Table Soccer, This was a very far fetched tiddlywinks, but some how it worked