You are in: Home > Rebound 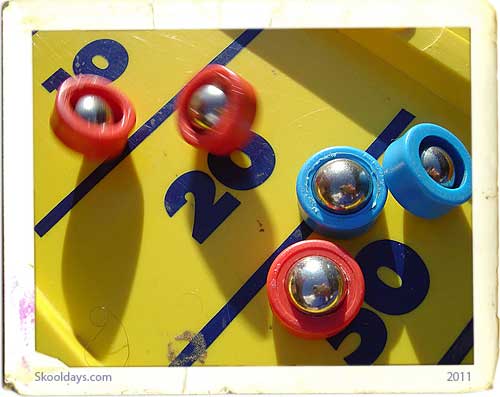 Rebound aim of the game

In the Rebound game from Ideal, each player or team controls four pucks, red or blue. One at a time, players shoot their pucks down the alley, they bounce off two rubber bands, and land in either a scoring zone (10-20-50-100) or the Pit, and score nothing at all. Players are free to knock other pucks around, and it’s only at the end of the round that the scores are totaled. First to reach 500 at the end of a round wins. A newer version has green and purple pucks, a 150 or 200 point zone, and tilt area. Did the seventies kids end up becoming the bowls UK champions of the future – probably.

Excelent nostalgia from the 70s by a company called ideal