You are in: Home > Sinclair ZX spectrum

Sinclair ZX spectrum made a big impact in the UK in 1982 after a follow up to the successful ZX81. but the82 or Spectrum boasted colour.

The ZX Spectrum was launched in April of 1982 in two forms: a 16K and a 48K model at £125 and £175 respectively. There were plenty of grumbles from the computer press about the keyboard, the processing speed and the single-key-press programming system, but it didn’t matter a jot. Sinclair were releasing a much-anticipated computer into a market too young have any real expectations. It simply didn’t matter that it wasn’t the polished all-rounder that the experts had been hoping for. It was cheap, colourful and it came from a man who had been marketed as the friendly, trustworthy face of new technology. It couldn’t fail. 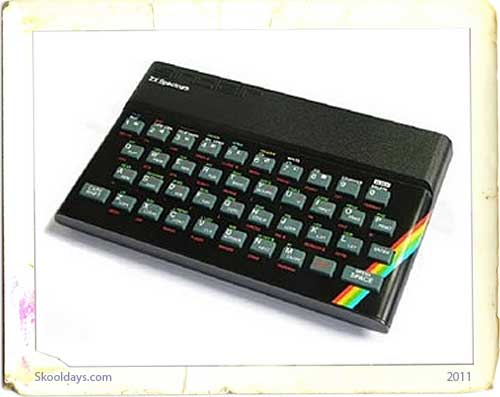 Sinclair developed the ZX Spectrum 128 (code-named Derby) in conjunction with their Spanish distributor Investrónica. Investrónica had helped adapt theZX Spectrum+ to the Spanish market after the Spanish government introduced a special tax on all computers with 64 KB RAM or less which did not support the Spanish alphabet (including ñ) and show messages in Spanish.