By the look of these graphics i know what you’re thinking, if this is version 2, then how bad were the graphics on version one?. Well actually at the time this game was well above its rivals, a well polished look and feel and solid game play. 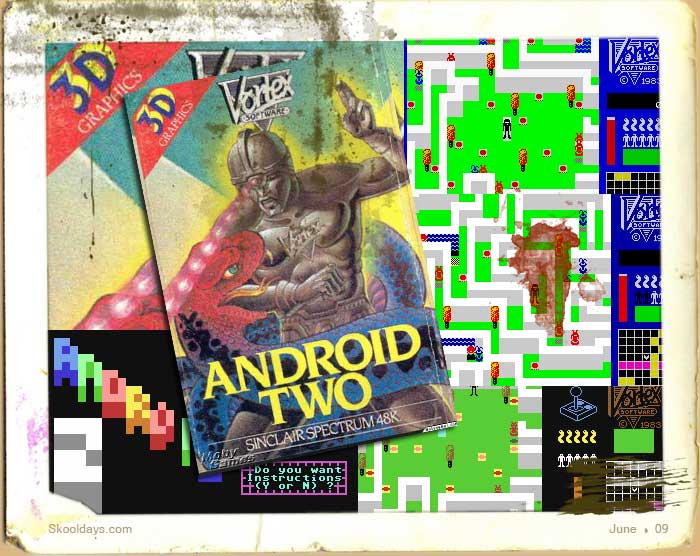 Similar to Ant Attack, it was a a 3D maze, with the aim of the game quite clear…to destroy 5 Millitoids. a Millitoid is a large worm-like creatures which roam around the maze. The maze is also filled with other enemies, landmines, trees and other features.

Android 2 was a shoot ’em up maze video game written by Vortex Software in 1983 for the ZX Spectrum. The game was compelling as it was challenging on every level.

The Millitoids were destroyed with three shots to the head. When all five are destroyed, the player moves onto the next of three mazes.

Sinclair User found the graphics to be an outstanding feature, the 3D effect being novel for an early ZX Spectrum game.The main Spectrum users magazine CRASH gave Android 2 one of its highest ratings.