You are in: Home > School Milk

Anyone else remember having school milk? I remember in nursery and thereafter for some years having these very small bottles of milk every morning at school. They could of been no more than a third of a pint. 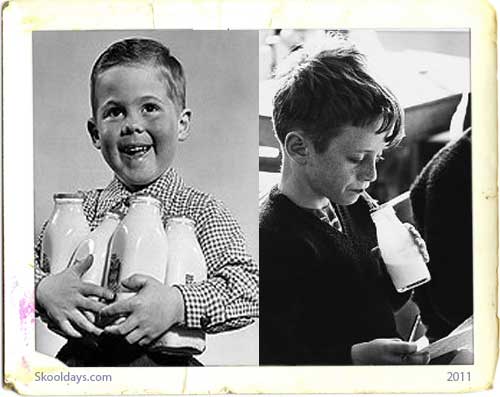 Third of a pint - School Milk

Good kids were milk monitors – what was it like to be one? No idea!
Some kid had a note in for the teacher saying he was not to have school milk, it was disgusting. Yet the milk monitors used to bring it in and distribute it and try and force him, he was probably the kid who had an allergy to it and was next seen slumped in the corner.

Yes, it was tough in the seventies when you 5 years old. School milk was definitely forced on you and left you with a milky moustache until lunch time. I remember the bottles with a straw provided at my Infants school. 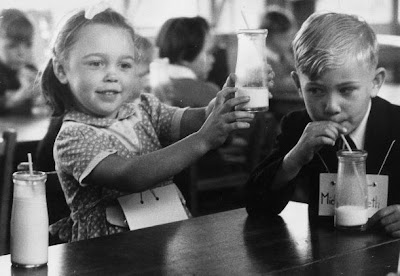 What was even worse was the milk was nice and warm, just about developing some biological film of butter or yoghurt before consumption. Consuming the little 1/3 of a pint bottles of milk was a memory that others must of come across in there early years. I’m told that “Thatcher the Milk Snatcher” was to blame for the disappearance of this truly nostalgic memory.