You are in: Home > John Cravens Newsround

From the outset, the idea of it was it should bring news to the children.

Today John Craven is known fFrom country file and journalism or eben Saturday morning Swap Shop, but he got his big break on his Newsround Show.

From the age of 11 John Craven reported on heroes from post war childhood.
John Craven was into nature and wildlife from his radio days. By 1958 he made his guest appearance on the Sunday Break. This provided teenage stardom for him instanlty and this is where he got his initial break.

In late 60s John Craven broke into local news reporting and soon into the BBC daily news programme Nationwide. Noting that children found the 9 o’clock news he decided to
help school children understand current affairs with a studio full of children the show was called Search.

How John Cravens Newsround was born

At the time BBC childrens department wanted a programme that could present
straight forward news for kids. The team needed all the news facilities to provide details for the early news slot. The name “John Cravens Newsround” came from the idea that kids had a  Paper-round so here was a newsround belonging to John, John Cravens Newsround. 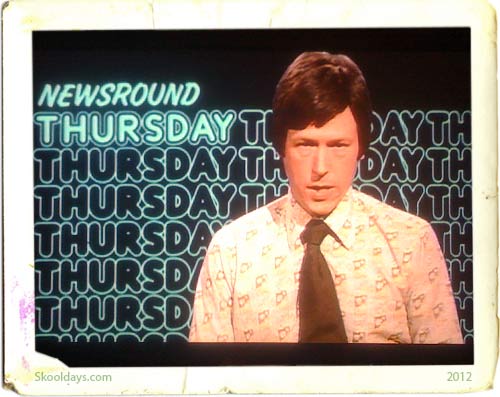 The aim was for journalist as well as John to explain the news so a 9 year old could understand it. Quite a challenge for a presenter. Kids trusted him and felt safe with his warmth and authority. Newsround was shown daily at 5 oclock and explained teenage violence, issues in northern Ireland. Even capture of the Yorkshire ripper was shown as a way of making kids feel safer. Education of aids, war orphans and explaining war conflicts a tricky balance of fact with simplification.

He managed to provide breaking news sometimes. The Pope being shot was a massive scoop for the Newsround team as there were no 24 hour news channels in those days.

When on location they had a revised programme called john cravens newsround extra. Interviewing Mother Teresa were all big scoops for the newsround extra team. Reporting on Chinas giant panda in the 70s was also a memory for many Newsround viewers. That always had an amusing piece of news with it’s “and finally” where you get a man bathing in spaghetti 22nd June 1989 was the last john cravens newsround news after 17 years. It continued with a new presenter.