You are in: Home > Flower Power

So what exactly was Flower power?

Due to the growing opposition to the Vietnam war in the mid sixties, war protests took place amongst the young with the aim of keeping the protest peaceful. The Hippies dressed with doves and colours being the symbol of the peace along with embroidered flowers and wearing flowers in their hair. They were known as flower children. The term later became generalized as a modern reference to the hippie movement and a culture of drugs, psychedelic music, psychedelic art and social permissiveness. Thereafter flower became the symbol of the younger generation’s rebellion against their parents’ values. 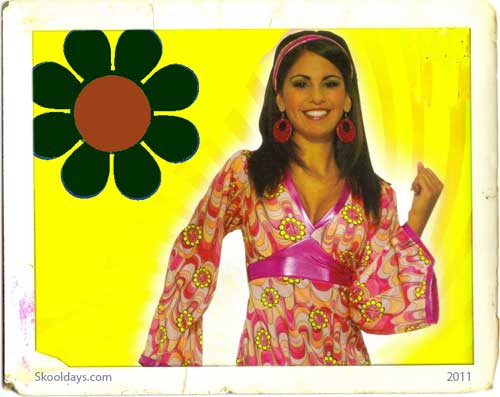 Flower power soon became a term used to express the hippie culture itself, and hippies were often called flower children. The power of the group left an indelible impression on American society. Large groups of teens and young adults who donned flowers in their hair, painted them on their vans, and lived together in semi-communes, often outdoors in the parks of major cities, did have a certain amount of power as a group. It was everywhere; young men, as well as women, wore flowers in their hair.