You are in: Home > Discovery

During the early 1960’s..FCC Commishoner:Newton Minow wanted to change the outlook of children’s tv shows by having the networks create,produce and present quality educational programs.

NBC, ABC and CBS tried their own educational shows..but the one that became the most successful is ABC TV’s newsmagazine and travelogue for young people: “Discovery!”.

Debuting on ABC’s weekday afternoon scheduale in the fall of 1962..the series had actors: Frank Buxton and Virgina Gibson doing segments from the stage of NYC’s “Ritz Theater” and on location.The two hosts did a number of shows on many different subjects:Science,history,litarture,sports,animals,music,dance,weather and they even went to the Soviet Union. Where they met and learn about life in Russia from two Russian kids. 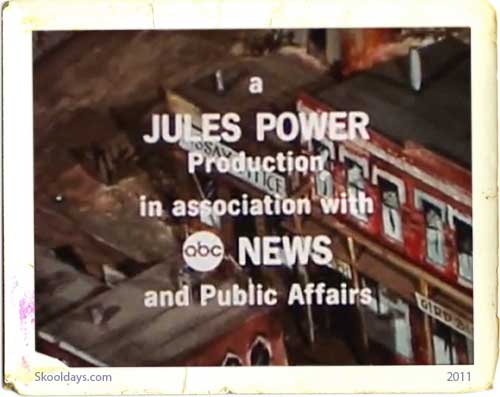 The show(that was filmed within the soviet union)was so successful ..that the viewers wanted to know more about the two kids from Russia and they were invited to come to The USA and see life from the point of view of The American kid.

There was even a show that delt with comedy..Mr.Buxton talked about the comedic approach of such talented performers as:W.C.Fields,Charlie Chaplin, Buster Keaton and Laurel & Hardy.

After a few years on the air..”Discovery”was moved to a Sunday morning timeslot and the studio segments(that were produced and staged within the “Ritz Theater”)were dropped and the shows were filmed on location for the remainder of the series’ run.

There was also a changed in the hosting jobs..as Mr.Buxton left the program for other projects and the series’ announcer:Mr.Bill Owen became Ms.Gibson’ new co-host.

“Discovery”would go onto win many emmys and became a hit with kids,teachers and parents.

“Discovery”would remain on ABC TV’s sunday morning schedule.. until the heads of The ABC TV Network dropped the show in 1970 and replaced it with”Make A Wish”.