You are in: Home > Austin Seven

Does anyone remember the days of the amazing Austin 7.

In 1909 a single cylinder 7 horsepower engine was manufactured in Coventry known as the Austin Seven. Sir Herbert Austin felt a smaller car would be more popular, in spite of protestations from the company’s board of directors who were concerned about the financial status of the company. Austin won them over and got permission to start on his design, in which he was assisted by a young draughtsman called Stanley Edge who worked from 1921 into 1922 at Austin’s home. 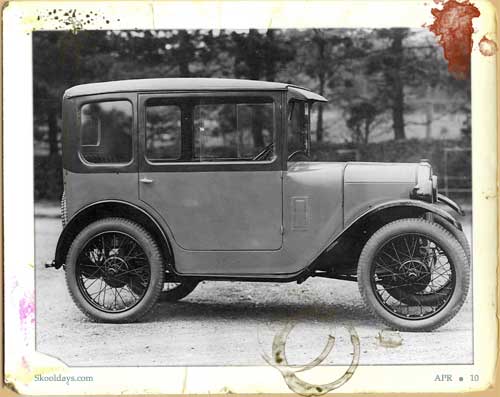 Nearly 2500 cars were made in the first year of production (1923), not as many as hoped, but within a few years it transformed the fortunes of the Austin Motor Co. By 1939 when production finally ended, 290,000 cars and vans had been made.

Today i have been in contact with the Austin Reproduction Parts Ltd. They use modern manufacturing techniques including cnc machining, laser profiling and investment casting which allows us to reproduce items maintaining a high quality standard and fine detail.

Their excellent standards have led to commissions to manufacture parts for other vintage vehicles. MG, Rolls Royce, Alvis and Sunbeam. Which include items such as our world renowned Vintage hose clips. (Fitted to some of the Pebble Beach concourse cars) Radiator caps, Vintage tax disc holders, Mirrors, Headlamps, Steering wheels etc.