Now here is a blast from the past, who remembers the Smash Up Derby Toy from the 1970s made by Kenner SSP? The SSP stood for Super Sonic Power! These were awesome as they were actually made to break apart just like true destruction derby cars. apparently Kenner have long gone as manufacturing them but a company called Jasman now build them. 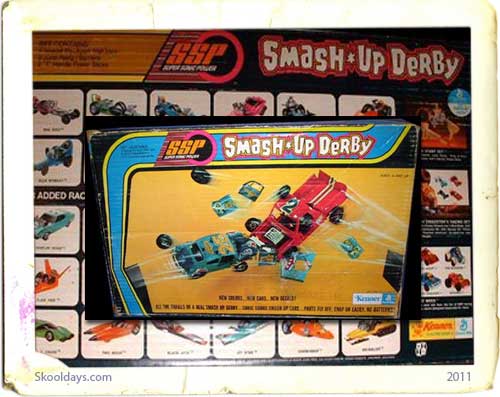 So what was the Smash Up Derby craze in the seventies all about? Smash Up Derby has a very simple premise. You smash the cars to pieces, rebuild them then smash them up again. The toys came boxed as two cars, with a rip cord each, and two ramps, which allowed the cars to be launched at each other. Somehow they managed spectacular mid air collisions in the television advertisements which in true life rarely happened – oh well try again!

I remember having a simple SSP Race Car one was orange the other blue. It had a rip-cord you could pull to make a gyro-wheel spin, you set it down & away it goes. These have become extremely collectible for a few reasons: They’re hard-to-find, they made many different versions, everybody has great memories of playing with them, & they’re cool! Later, Kenner made a toy set that consisted of 2 Smash-Up Derby Cars & some accessories. Usually a set of ramps to cause a mid-air collision.

I know many kids remember happy memories with these Smash Up Derby Toys so feel free to add your below. 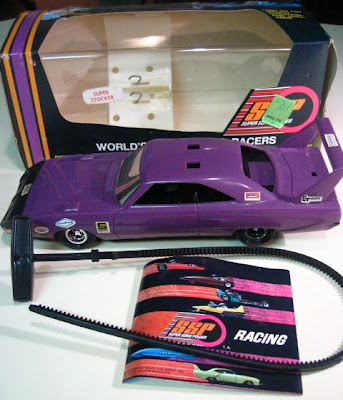