You are in: Home > Goodies

Remember the Goodies?
One of the strangest thing about the Goodies is its lack of repeats. For some reason the episodes never seem to get repeated – any one know why? 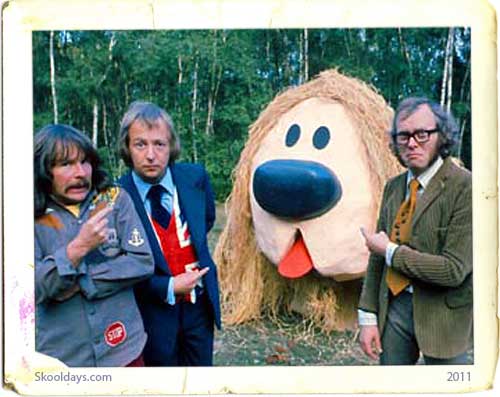 Two episodes stand out for me. The Goodies and the Beanstalk and Kitten Kong.
Both were outstanding in many ways and still are alluded to as amongst there best episodes.

The Goodies and the Beanstalk
The Goodies and the Beanstalk combined the best of both worlds for me Its a knockout and the Goodies all in one with Eddie Waring. In fact its the international version of its a knockout namely Jeux sans Frontieres: –
A popular European TV game show of the 60s and 70s.
A trophy won by the 1969 Shrewsbury team can be seen during the episode.
The Goodies have hit rock-bottom and are forced to sell Buttercup for a tin of baked beans. In an act of desperation, Graeme plants one of the beans and …. 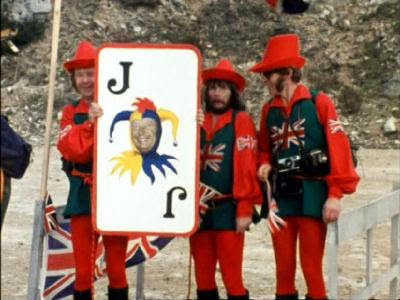 Kitten Kong
The Goodies in Kitten Kong was a perfect episode. It started off with them setting up an animal clinic and they then take in numerous kinds of animals with varying problems, including Twinkle the undersized kitten. When Graeme’s growth formula causes Twinkle to grow to an enormous size and wreak havoc on London, it is up to the Goodies to catch him. Superb in many ways is the havoc of a sweet kitten and the awful backdrop of cardboard London.