You are in: Home > Spirograph Toy

Spirograph is a geometrical drawing tool from the sixties
It’s simplicity at its best with a vast difference between what you intend to produce and the final result.
The examples on the box cover show the Spirograph producing beautiful results in the same standard as found by any forger of a twenty pound note.
Spirograph’ intricate stencil patterns using various sizes of cogs is a real family toy as everyone wants to have a t least one go on the stencil wheels. 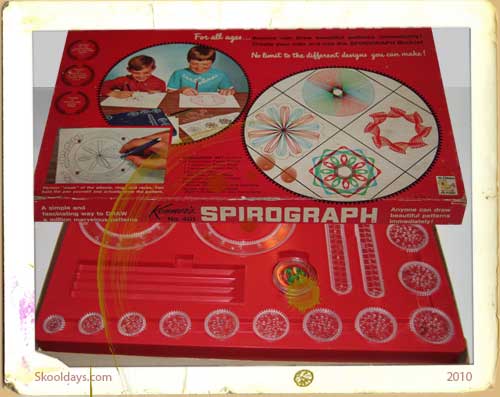 Once the perfect pen was found for your spirograph, you then may of had the following issue:

Did you have fun or torture with Spirograph sets as a kid?