You are in: Home > Liptons Supermarket

Liptons Supermarkets seemed to rise and fall overnight. During the Gateway, Spar, Somerfields and Safeways growth in towns and villages Liptons Supermarket came and then went. Yet it has a good backbone as it was created at the end of the 19th century by Sir Thomas Lipton in Glasgow, Scotland. His enterprise soon flourished and he established a chain of grocers, first across Glasgow, the rest of Scotland, until finally he had stores throughout Britain. 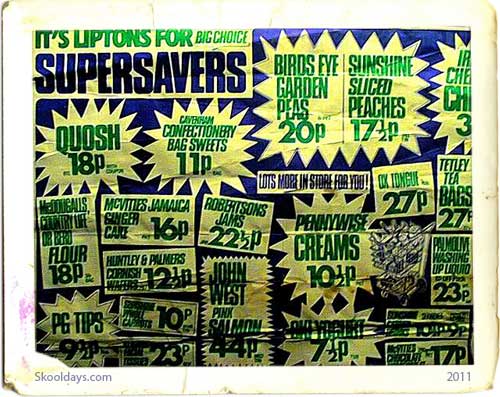 One advert stated “Liptons makes your money go round” and “direct from the tea gardens to the tea pot”, this entrepreneurial businessman wanted to make tea a popular and approachable drink for everyone – with a high quality but reasonably priced product.Although Liptons grew from a mainly tea selling company in it’s early years it eventually became a supermarket chain focused on small towns, before Allied’s 1982 acquisition by Argyll Group: the supermarket business was rebranded as Presto during the 1980s.

Meanwhile, the Lipton tea business was acquired by consumer goods company Unilever in a number of separate transactions, starting with the purchase of the US and Canadian Lipton business in 1938 and completed in 1972 when Unilever bought the remainder of the global Lipton business. Today Liptons tea continues to prosper globaly but the Supermarket has sadly vanished on the high street.