You are in: Home > Roobarb and custard

Roobarb and custard
Roobarb was a animated television programme for children that first was shown on BBC televison for children back in 1974. It’s infamous for being a sketchy jelly like animation from a six year old. Certainly by the end of the 5 minutes i either felt like jelly or had severe case of travel sickness with all the wobbling animation. 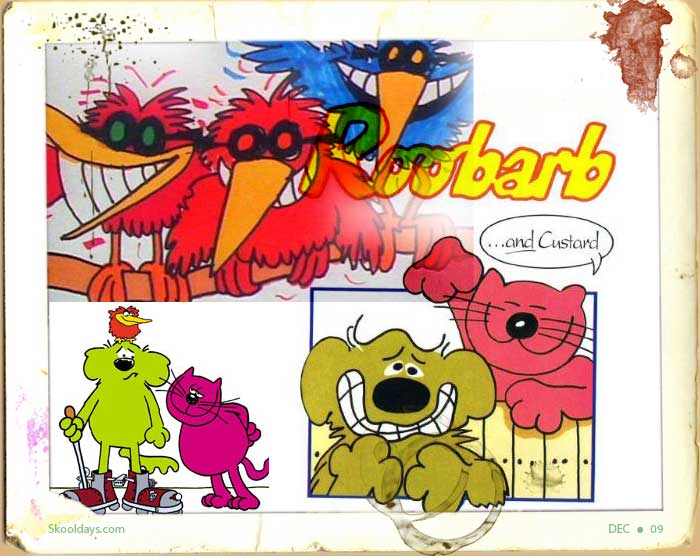 Roobarb and custard was originally a set of Thirty episodes in 1974. The theme is that of the loving rivalry between Roobarb the green dog and Custard the pink cat from next door.

Roobarb was a yellowy-green dog who lived next door to Custard the pink cat.
Its a kind of Tom and Jerry scenario but with a dog and cat and in effect a fewd amongst two neighbours with many annoying birds watching as an audience.

By the end of the cartoon the Roobarb or Custard has normally taken advantage of the other.With snide remarks and a cynical humour the cartoon series thrives.

Richard Briers voice narrates and the famous theme tune was written by Johnny Hawksworth.
Roobarb the dog and custard the cat were the main character. Roobarb was written by Grange Calveley and animated by Bob Godfrey and lasted for no more than five minutes. Ive recently been made aware that a new version is recently being aired…any good?

Do you have any memories of Roobarb and custard?

2 thoughts on “Roobarb and custard”