You are in: Home > Miffy

Miffy the picture-book bunny was one of those books that always seemed to be around, but who the devil owned one? Found in school libraries and car boot sales, Miffy wasn’t a Japanese cartoon like many believed, but was a creation from 1955 by Dutch artist Dick Bruna.

Miffy was a little rabbit that found itself in very basic adventures. 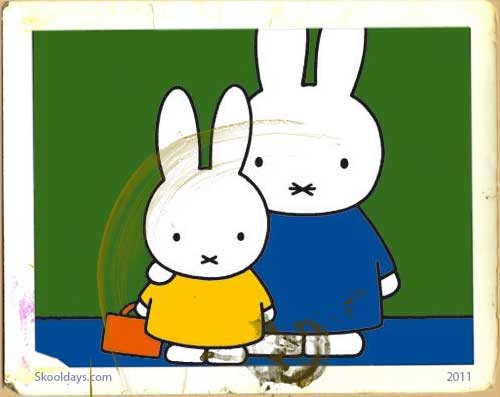 Stories involving Miffy included, Miffy at the Zoo, in the Snow, at the Seaside, Flying, at the Playground and Miffy in Hospital
Popularity grew for Miffy books throughout the 70s and 80s. The Miffy books have currently sold over 87 million copies, and inspired a television series as well as items such as clothes and toys featuring the character.

A recent travelling exhibition marked the 50th anniversary of Miffy.

Do you remember Miffy or any other similar books as a child, if so then let us know below in the comments.