You are in: Home > AMX Javelin

The Superfast Matchbox number 09 AMX Javelin was one for every boys collection. This was a seriously fast little car and would give most cars a run for their money on any racing track.

The car was first produced in 1964 and normally was seen in green though other rarer colours are known such as blue or red. 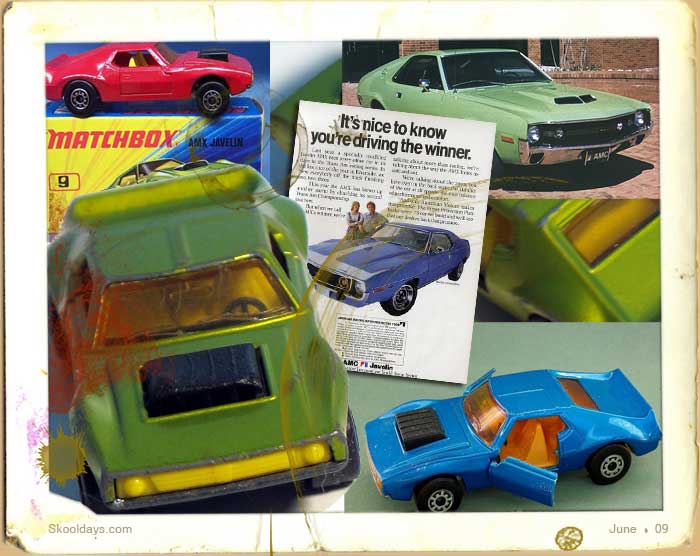 Road & Track magazine compared the Javelin favorably to its competitors on its introduction in 1968, describing the “big, heavy, super-powerful engine” as “an asset in such a small vehicle”, and the styling as “pleasant.” Motor Trend selected the AMC Javelin as top in the “sports-personal” category as part of the annual “Car of the Year” award issue, describing it as “the most significant achievement for an all-new car and is the most notable new entry in its class

The AMX sports car itself that the model was based on was replaced by the AMX Javelin in the early 70’s, a four-seater muscle car. Matchbox produced the javelin in several colors, with a custom hood scoop. In 1978, the Javelin was offered as special edition which included flared body work and wider tyres.